I don't quite have access to bear hunting, I've always heard that pigs were the "poor mans grizzly" so I guess that makes these guys the "poor mans pig"?

Anyway, yesterday started off pretty normal until my coworker shrieked. I immediately knew what was going down and in no time flat rounded up some bait and went to work. Within a few hours I had my first "poor mans pig" of the year. You can see by the gray hair that he is immature, yet he's still a trophy to me.

Well, that was yesterday and today is today. I was ironically checking out "The Beast" when I noticed movement in the chest wader area. Sure enough this cagy rascal showed his face during daylight hours. Being patient I allowed him to return to his bedding area under the file cabinet. Once he had settled in for a few minutes I grabbed a few buddies and we executed a perfect drive. I flushed him into the open and my buddy put a boot stomping on him, it was a great hunt full of comaraderie and primal man like things. Again, this one also has the gray fur which is indicative of a young "poor mans pig" so we are genuinely hopefull that we will get a crack at the brown back fur one within a few days.

Again, I'd like to throw a shout out to the state of Iowa for allowing us to enjoy such a grand game species as the "poor mans pig". What was especially enjoyable was the fact that this entire two day hunt was on public land here at the state hygienic lab, and I'm not even kidding.

Will you go to the taxidermist with???

Great hunt and a great response from Michel!!!!! I'm thinking the head may be a bit to damaged for even a taxidermist to fix on the second young beast!!!!!!!
For God so loved the world, that he gave his only begotten Son, that whosever believeth in him should not perish, but have everlasting life.John 3:16 KJV
Top

I am going to take them to the taxidermist, here's a couple ideas... 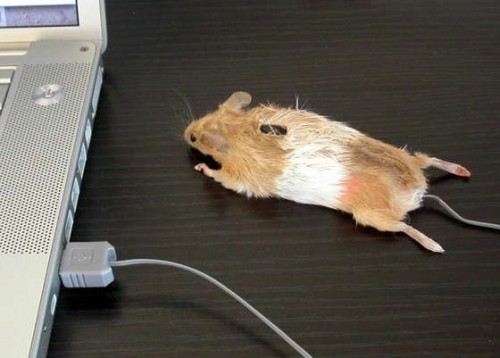 Well THAT got me to laugh today!

Don't make me pull out the "human taxidermy" again..

#3 is in the books, I should open my own pest extermination business. This is another immature gray back, the peanut butter was too tempting for him and the fully mature roach underneath him. I'm hoping for some mature brownies tonight, I bet they've gone nocturnal with all the human activity.

dont give up when they go nocturnal!!! You just have to find there bedroom, then set up in it!!!! The key is to be quiet!!! Talk to Unlce Lou, he will set you up with some bark silencers!!!
Top

Muddy, that last one (on the wall) is wicked looking!!!! I do like the 1st one tho!!!!!!
For God so loved the world, that he gave his only begotten Son, that whosever believeth in him should not perish, but have everlasting life.John 3:16 KJV
Top

Do you have the right wind, Muddy? Tthe moon phase should be favorable tonight. You must be in a heavy pressured public area, wacking all those immatures. Anyhow good luck, now try and get a slob! Keep us posted
Top

I wonder what mouse tenderloins taste like? Let me know.

House mice are sweet, but wild mice are a bit gamey.

They are also great diced into the stuffing when you bake possums.
https://www.youtube.com/channel/UCAb0Ia ... TAslJ6D32w