Curious what others consider go- and no-go criteria in a public run-and-gun setup?

I've found several "Beast" trees that range from stick/stand scars to select pruning. These are invariably old but I know how rarely and carefully they would get climbed, I also know the effort that goes into them. There's also no capital investment so they could well be abandoned?

I have 2 water access spots that (aerials and boots) score near the top of my list. I'm not a waterfowler but I expect these marshes to get lit up - on or before the archery opener. Particularly as deer transition to preferred fall food sources I can't help doubting that mature bucks will stay holed up in this area 50-70 yards from barking shotguns?

Upland hunting? Many of my swamp/marsh islands come from days behind a dog. In years subsequent to finding them they've never really panned out with a climber or fixed stand but I've never tried getting this tight to bedding either. A deeper moat is clearly beneficial but should I rule out ankle-deep access?

Those are my big 3 concerns if anyone has input. Also interested in the criteria of others.

Regarding your water access, some world class Bucks have been taken a hundred yards from barking shotguns. The duck and goose hunters are tolerated if the Bucks can bed and not be bumped out... a very overlooked option.
https://www.tidewe.com/
https://www.stealthoutdoors.com/
https://www.huntingbeastgear.com/
https://www.youtube.com/channel/UCAb0Ia ... TAslJ6D32w
Top 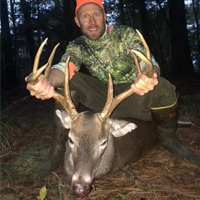 As far as old stands go, you wouldn't believe how much effort someone will put into building a stand with absolutely NO scouting effort evidence of it's a good spot or not. I don't put much faith at all in there being other stands there. Occasionally, some old timer knows what he's doing and builds them that way on public land so no one can steal them and he can leave them there.. some of them are in good spots. Likely won't be there on weekdays in bow season.. he may not show up until gun season.

One of the nicer MN bucks I passed on last year it was a Saturday before gun season... 9pt walked right under my stand.. 20 minutes later atv's with chainsaws and a trailer pass by to go 'fix up the box blind and move it for deer opener' LOL.. His boys shot some does and I think he may have shot a little 8pt. They don't know what's really there.

I agree with the above. As far as waterfowlers running off the deer... you may be able to use the hunters to drive deer to you. The waterfowlers (duck/goose hunters) are going to stick more to open water and if that's a couple hundred yards away from bedding the deer might not move from their beds. If it's somewhere where hunters are going to walk thru that's a different story. Hunters of flushing birds are also a different story, most grouse and woodcock hunters aren't going to cross cattail marsh to hunt an island... and that's where the bucks will hide. There was a heavily hunted public track for woodcock and grouse and there were good beds on the islands 150 yards out across the marsh from where guys were shooting shotguns at flushing birds. I think the deer get used to the noise of humans and know the difference between a hunter walking behind a dog along the edge of the marsh and shooting compared someone walking across the marsh toward the island. The learn, especially bucks. Plus the flushing bird hunters will leave by an hour before or more before dark. Go set up right before they start exiting and you'll enter then they are exiting.. the deer will get up and move right before dark at Deer 30. I think most of us would find another area though, deeper in without the chance of having someone else show up.. bigger bucks are going to be of the same thought as well typically.
Top

I'll pull up some maps and look at those water spots again. I originally tried to scout where those deer would go if bumped but i quickly threw up my hands. There must be some type of edge transition, but it all looks like mature cedar surrounds. I figured they'd go all the way up to fall mast until the winter snows bring them back to woody stems.
Top 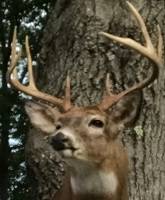 For what it's worth, I figured out pretty quickly that some of the heavy pressure public marsh spots that are somewhat easier to access had plenty of shot shells laying around, ESPECIALLY if there is a little pothole with open water there. When I moved down from those points some spots 100 yards, some 200... the transition was littered with sign. It also seems there's more beasts around than I though here...google earth puts me in the ballpark, but boots on the ground is essential