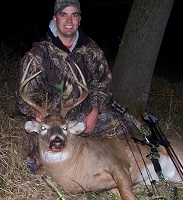 You guys mentioned good bedding for does can occur after logging an area. My question is how do they bed around these clear cuts? On the edge overlooking the cleared out area, or more inside the woods that's left? I just got offered a chance to lease some land, but they just clear cutted the majority of the area I knew held good buck bedding (I've taken a few bucks from that area in the past). Just curious what I could expect because I haven't leased it in a couple of years.

Back in the 90's Dr. James Kroll did an article on how clearcuts were good for deer. They will benefit deer for 20 years. It was a good article. I don't know how (or if) you could find it now days. It was in North American Whitetail.
You Can't Argue With A Sick Mind
Top

Cuts are a vital part of the equation in big woods. Absent fire, which our state is finally starting to use more, it’s a necessary tool for vital habitat regeneration. Cuts will almost always support several times more deer/sq mile than surrounding big woods. And they provide great escape cover for bucks to survive to old age, as that is the #1 factor to finding big bucks here where we have a crazy rifle season.

How/when deer use them depends on a lot of factors. If they do a good job and leave a lot of treetops behind, they will be in there days after it’s cut. Especially if it was a healthy forest to begin with and there is already some understory/brush left standing. If they remove all the treetops and it’s a barren wasteland, you need a few years’ growth to see any daytime movement and bedding.

I’ve seen numerous mature bucks that live in the interior and never or rarely come out during daylight. Does and young bucks more frequently live on the edges and come and go. Guys absolutely hammer the edges around here. Treestands everywhere. They tend to cut in areas that aren’t all that hard to get to, for obvious economic reasons. The edge stands do kill some deer. They certainly aren’t the worst non-beast stand choice out there. I’ve killed a handful out of deer and a couple 3.5 year olds, but I’ve yet to take a 4 year old or better from a cut edge. I am trying to change how I hunt the cuts this season, I have a few different cuts I am going to experiment with hunting the interior both from the ground and a tree.

My little brother, when he was like 14, killed the biggest archery buck in our camp history in the middle of a cut. It was an older cut, about 15 years old at that point, but he went in and climbed a tree smack in the middle of it, which no one ever did at the time. It was a total beast move in hindsight. We always hunted the edges. He has slayed a couple more mature bucks than I have, I think because he’s not much for paying attention and listening and all that and just did his own thing. I listened to our dad and picked up all the bad habits! I didn’t start thinking on my own, and having success with mature deer, until I went off to college.

While we are on the topic, I also love to complain about the PA DCNR and occasionally the PGC, they will fence a cut to protect it from overbrowsing. If/when they exercise proper forest management and only cut where there is already evidence of oak regeneration, they don’t need the fences. It shifts the browsing pressure to other parts of the forest. Those areas probably need the protection more, so that it can start regenerating and be cut in the future. They need to take a proactive approach and solve oak regeneration problems before the sell the timber. Hint: burn, baby, burn. Often deer live in the fences and browse anyway. Finally, they always leave the fences up several years more than necessary. All in all, it’s ridiculous, but it is what it is. For a few years after they remove a fence it’s really good
Treasurer, United Bowhunters of PA
https://ubofpa.org/membership-3
Top 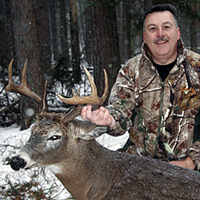 The old northwoods biologists would say deer management is simple -- "feed them popple in the summer and lead in the fall."

When you log up here, the first regeneration will usually be from popple (trembling aspen). Not only is popple good deer food, but all the other browse species that grow with it when a forest is opened up provide more deer food, so the land can support more deer. Feeding them lead in the fall keeps their numbers in check.

More plant and animal species live in a "young" forest than in old-growth, so logging promotes true biodiversity.
Top

Only thing I don't like with logging is it always changes plans. I can find a dynamite spot out scouting during gun season, and next spring it goes up for bid to log, and next september it's gone. But from a biological standpoint, logging has lots of benefits to a deer herd. Really happy to see logging by my cabin. Now I'm optimistic we will have some deer around again.
"Get busy living or get busy dying"
Top

agree with everything that has been said. the flip side however is if they log all the mature hemlock stands that the deer yard up in to survive the coldest months. Maybe only an issue in the far north but DEF a negative of logging in northern Maine where I sometimes hunt.
I do wish MA would log their public to regenerate some understory in the upland sections. an a controlled burn might help reset the tick population a bit
row row row your boat, gently down the stream ...
Top 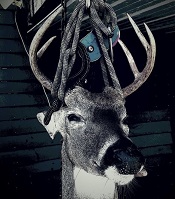 Tennhunter3 wrote:The problem i have is they log constantly thousands of acres. Leaving all the barrels and mess behind not burning or removing thousands of stumps and unused logs. They are suppost to clean it up but they never do!

A little logging is good for deer snd other wildlife providing thick safe areas with lots of fresh browse.

That being said alot of places over log areas. Logging is as much of a bad thing as a good thing.

Twra in my home state logs so much its unbelievable wanting that green money. Their selective cutting means cut everything. Management does not exist.

It's best to leave as much organic matter in the woods as possible. That is what fertilize the forest. " a forest grows on a fallen forest"...........that said it makes it much harder for the humans to get around.
"I could eat shlapjacks every day of the weeksh, eh." Jimmer Nagamanee from Menominee
Top
Post Reply
22 posts