What do u guys think??? A good friend and I decided to hunt a feild last week in hopes for a doe on private. Just a casual hunt no stress maybe get some meat. We set up on a feild not to far apart. About 3 pm a mature buck steps out To feed. A really good one. a deer we were both familiar with for several years. Both of us have had several encounters w this deer before. Guessing he at least 5 yr old. neither of us expected to see a buck esp for this late in the season in a wide open feild. Anyhow the deer was 225 yards from my friend he says and about 350 yards from me roughly. We watched for about 10 mins as the deer grazed. Was amazing to see. I watched my friend settle in on his sticks thru the window of his ground blind for the shot and then I watched the deer w binos waiting for the shot. The deer looked to be broadside to him and Pow looked like a good hit maybe a touch back but but height looked good the deers body shockwaved and he donkey kicked its back legs to the moon. Abruptly the deer vanished like a ghost into the hardwood edge toward a cutover. My friend was hunting w his 20 gauge slug gun shooting 3 inch accutips. I've hunted w him a long time he's a dead eye out to 200

Anyhow we both sat quiet till dark before meeting up. Soon as dark came we met up I gave him a huge hug we were freaking out w excitement. He had tears in his eyes. We decided to change clothes and Wait in the truck an hour more and then go to where the deer was standing at the time of the shot. We laughed and told stories about that deer and it was a really good time. Hour later quietly we made our way to the edge of the feild where the shot took place within the first min of being there we found a leaf soaked in what appeared to us as lung blood. Pinkish looked to have small bubbles in it. We immediately saw a blood trail leading to where the deer entered the woods from the feild. We were confident about the shot at this point but knowing the caliber of animal and the temps were In the mid 20s that night decided to back out come back in the am. Just try and be smart about it give the deer plenty of time. The area isnt know for bears or coyotes either. Def no bears and coyotes extremely rare.

The next am we met up about 630 am sun was rising we grabbed breakfast. Reached the farm bout 8am We began trailing blood thru the hardwoods both expecting to find this guy piled up at a moments notice. We were confident this was a lung hit based on findings the previous night. Blood was easy to follow but wasn't the craziest blood trail or anything just consistent. As we got into the cutover pines the terrain is much thicker. We'd traveled about 200 yards at this point thru hardwoods from feild before reaching this cut. We followed blood about another 50 yards into the cutover and it started to thin out smaller drops harder to see on the pine needles then the blood started circling in about a 15 foot wide circle. We finally came to last blood. We spent hours looking for more and walking circles from last blood nothing. The more we walked the more we started to contemplate the shot then we started to think maybe clipped lung and have a liver hit? Started thinking maybe the blood on the trail was kinda dark. Hmmmmmmm. Did an Organ clog the hole and stop the external bleeding as deer changed direction? Felt good tho leaving the deer over night 18 hours before we got in there searching that am but u never know. We spent the rest of the day gridding the area and searching. nothing. This cut is thick filled w frags and briers and logs ditches etc. lots of places to hide. Prob a 7 to 10 year old cut. As dark settled in we decided to call it and wait for vultures to do there job. A week and half later they still haven't keyed on it. We have been back and spent another half day on gridding it out w a couple friends. Been back to the deers known Bedding area. still Nothing. Vanished

So many questions. is the deer alive and wounded? Is it worse to miss a deer or shoot one and not find it? Is this liver blood or lung blood both or neither? Are there chances of finding this deer? How far might this deer of really traveled? Could the bullistics of the bullet not be as fatal at the yardage? (Maybe it slowed down and didn't expand effectively on impact) Any insight advice tips whatever would be invaluable!!!! Thanks and happy new year everyone !

Where was lung blood? Was it first of trail or some where in between? Did you see any more of it or was it in one small spot? That other looks like a solid injury. Could it be possible you over looked that deer in thick stuff. Look as though he should have bleed out.
I live to release an arrow and watch woods grow into chaos and then grow quite as a mouse in just seconds.
Top

What we suspected to be lung blood is the first two pics below the story the single leaf held close to the camera. Found that leaf in the feild in the place the shot occurred that night and backed out. That would of been impact site. The rest of them pics are along the blood trail about 100 to 200 yards along the trail.... we searched slow long hard doing circles all around not sure how we could of missed it unless the deer went really really far
Top

Did blood just kind run out? Did you notice in blood clotting toward end? If you got back of lung(s) then it could be iffy compared to squarely hitting lungs. After seeing that what looks like lung blood I would have stayed with him. But you know how hindsight is. Maybe someone else could help shed some light on it.
I live to release an arrow and watch woods grow into chaos and then grow quite as a mouse in just seconds.
Top 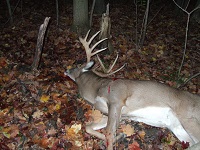 Golly, I'd think that deer is dead one way the other. The blood does look a bit dark, like liver blood, but the deer should still be dead.
Top 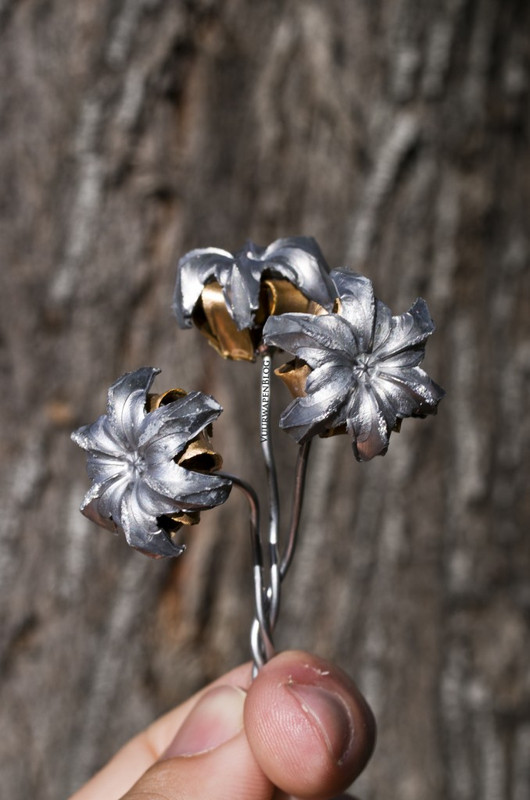 SamPotter wrote:Golly, I'd think that deer is dead one way the other. The blood does look a bit dark, like liver blood, but the deer should still be dead.

My thoughts as well.

Just keep at it, I think you go t a dead deer out there.
Joe™
Top
Post Reply
18 posts

Users browsing this forum: No registered users and 14 guests