Would any of you know if its good to use doe estrous scent now, or is it still a little to early for it?

Not a fan of scents, but watched a doe get bred today in NY
Top

If you want to use estrous scent, now is exactly the right time.

I have never seen them work.. I have seen em scare the heck outta deer... I gave up on em years ago.. I know some guys swear by the stuff though..

Haven't used scents in years. Never had any deer react to them either. There ain't nothing like the real thing.. 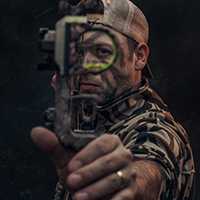 I have had it work twice. However, it was 2 small 6 points both times. One, he trailed it exactly where I walked, and came directly to the rag I used. I had some on my boots as I walked in and he looked up at me. He never did spook though. The other I put out a ton of the stuff around a creek bend, and he came out later sniffing around. Only two times it worked and they were both small immature deer.
Top

Only stuff I had any luck with was Doe To Door. It's taken from a hot doe, bottled and shipped to your house the very same day. Pretty pricey but the only stuff I found was any good. Anything from the store that has been on the shelves for months or sometimes years is junk.

Haven't used it for a few years so no idea if their quality is still the same. Still see it advertised.

Lol! Thnks guys maybe ill give it a try.

I used to use it. Now i think it was a big waste of money. Better of saving and buying a pair of good socks every year.
Top

The thing I didn't like about scents was the bucks almost always came into it from downwind and ended up winding me before reaching it. Putting out the scent was another issue I had and didn't like either. Walking upwind of my stand to put out scent wicks and leaving my own scent all over didn't sit too well with me. Nowadays the stealthy approach is better for me.

Dewey wrote:The thing I didn't like about scents was the bucks almost always came into it from downwind and ended up winding me before reaching it. Putting out the scent was another issue I had and didn't like either. Walking upwind of my stand to put out scent wicks and leaving my own scent all over didn't sit too well with me. Nowadays the stealthy approach is better for me.

That's what got to me to. Why would i walk all over an area to put out "deer" scent but at the same time leave my own scent all over? After a couple of years i finally quit. Same goes for calls. I used to try to call them in but now id rather have them have no clue that im sitting there waiting for them. I only call as a last ditch effort to turn them if they don't look like their coming in.
Top

The only way I'd use it is if I shot a doe in late October and November. I'd use the real stuff and I'd use it within a day or two of collecting it.

If I wanted to use it I thought about shooting an arrow dipped or dripped to my intended area of where I needed the shot to be allowing me to not scent up the area with human scent. Buck would still approach downwind between you and it. Field tips or blunts obviously...Never tried it though...

What about tarsal glands from another rutting buck? Maybe that's another thread? I've heard of people doing that but never tried it.

Users browsing this forum: No registered users and 22 guests