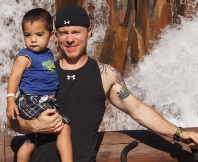 This was the big weekend were I took time off to go hunting with my buddies at my dad's land (farm area). Temperature dropped to -32 and got a lot snow. Sitting in stand was tough due to the temperature and walking was tough due to snow depth and amount of clothing (and I had to keep my mouth covered since the incoming air was too cold).

Rifle season is open so I had an option. I decided I would go after does and more immature bucks (~2 year old) with my bow since I am fairly new to it, but with my rifle only would take a shooter. Well if you haven't already guess it, when I took my rifle out I was within 8 yards of a 2 year old buck (so never shot) and when i took my bow out a 150-160 class buck walked by at 170 yds.

Since everyone else in my group uses rifle we decided to harvest a few does for the meat. We even failed at that. All of our rifles froze on us due to the temparature. One guy's firing pin froze so wouldn't fire, the other guy could not eject shells because they froze to bolt, and I just couldn't even open my bolt action at all (brand new rifle too). I am glad I didn't shoot my bow because I think it would have shattered on me.

The one thing that didn't fail on me this weekend and actually performed well were the new Lone Wolf climbing sticks I bought. Those things are as slick as everyone on this site suggested.

The rut still has not kicked off though. Been out every week and bucks and does still having nothing to do with each other at all. I think this artic blast delayed the rut a couple of weeks, but I normally don't see action until the last week of November anyway.

I did post season scouting for the last 2 years but never really found the buck beds so I ended up spending more time looking for bedding areas. Only found doe beds everywhere and where I thought there would be buck beds, again just doe beds (i.e. on points).

I think I will have to get Dan's input on where to start looking for beds because the core area of these deer is huge and I have a lot of land to hunt on.

Wow, that's cold! Is that Celcius or Farenheit? Got to be tough hunting in those conditions.
Top

Thats pretty cold! When we got well below 0 here on January hunts a couple times I had issues with gun freeze. I used a cleaning agent to remove all oil and dirt and then lubed the gun with graphite lube and never had a problem...
https://www.youtube.com/channel/UCAb0Ia ... TAslJ6D32w