I will let Robert post the story and details... Congrats Robert!

I had been getting pictures of this buck all summer and I had a pretty good idea where he was bedding. I saw him twice before and could not close the deal. Went out really early on November 1 and shot him at 7:15 in the morning. I caught him coming from the field he's in, in the picture going to his bed. I was on the edge of our swamp and hardwoods, he came threw eating acorns. I put a good shot on him at 15 yards, and watched him die. All the hard work and time payed off. He had 16 inch spread, 10 points, and dressed out at 205 pounds.
Top 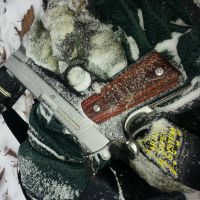 My friend, we must not compromise doctrine for the sake of results!
~ Dr. John Goetsch
Top 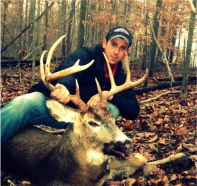