Awesome hunt and a great read! I cant wait to see more of your adventures.

Welcome to the Beast. I'm looking forward to hearing more of your adventures.

That is an awesome story Mike and hunting Alaska is on my list of places to hunt someday.

Thanks for the warm welcome. If you want to find out more about me just go to my bio page on www.brothersofthebow.com . Or you can check out the October issue of Bowhunter Magazine, I currently have a whitetail article published.
Top 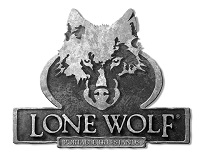 Curious if that was you carrying the two deer on your shoulder at the end of Primal Dreams? I was told it was you but could never confirm it.

Yes it was me. I took two bucks (a day apart) during the same weekend that Gene Wensel arrowed a big non-typical he nick named Woody. So, my brothers went to Iowa to help film the recovery. I carried out each of my bucks alone and filmed their recovery, but when my brother finally cage I said all the hard work is over. Ha! He smiled and said you have great footage, but I never saw any one carry two bucks. Ha! Ha! So, brothers being brothers, I carried my prizes out in front of his camera. When making Primal Dreams we went through nearly two hundred hours of film and at the end we needed a scene to go with the narration we wrote, "Always remember measure every achievement in proportion to the effort involved." So we had a power statement and found this power scene (which was done not out of necessity) that went well with it. Also, the Primal Dreams film had a serious over tone, but the Wensels are known for their humor, so I hope that last scene tastefully added the humor everyone was waiting for. Ha! Ha! Kill bucks in a traditional way, I had to bring them out in a traditional way. Ha! Ha! .... and NO I won't do that again.

But if you look at my avatar you will see in 2011 I did take two fine bucks again that were just a day apart. I may pass up many deer and go for years without taking a buck, but when it's time to take one that is offered, I don't pass up the opportunity to try. I just love being out there during the rut.
Top

Just curious, do you practice any scent control, or do you mostly just play the wind?
Top

I try to stay clean and play the wind, I do not use any other commercial scent control/eliminator. For the whitetail rut, or late season hunts, I get into my stand at least an hour before sunrise (giving any scent I may have laid a chance to dissipate) and then stay put all day. I bring a pay pack with camera equipment and a few snacks to keep in the stand during changing weather. For solo hunts I try to clean up in the creeks during good days, but with limited weight and time, I may go for days without bathing. I do find success from time to time. Ha! I think the wind is my best advantage and worst foe. Mike

Yup those are the two bucks I was speaking of. Awesome!!

Just found your Stickbow Hunting article in my new issue of Bowhunter. Gonna read it later tonight.
[ Post made via iPhone ]

Good to see you here Mike, congratulations again on an awesome hunt!

Good to see you here Mike. Congrats again on your Moose hunt!

That was an awesome Moose hunt. thanks for the write up.
Top
Post Reply
69 posts