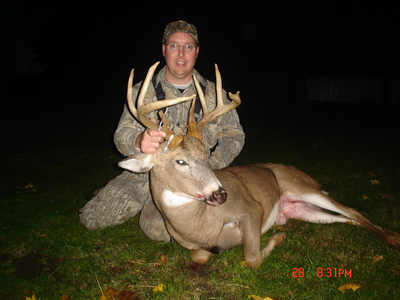 Bryan grew up in southeastern WI. He went to college at UW Oshkosh and then graduate school at the University of Kansas.

He hunts mostly in southern Wisconsin but occasionally gets to the northern part of the state.

Bryan loves to bow hunt and gun hunt for deer and turkeys.

He has been doing taxidermy for 10 years, and competing for 6 years. He is self taught but the seminars and critiques at competitions have allowed him to continually improve his work. Bryan's biggest accomplishments in taxidermy have been earning blue ribbons in the professional/open division for whitetails and blue ribbons in the commercial division with whitetails and black bears at annual Wisconsin Taxidermist Association competitions in Green Bay, WI.