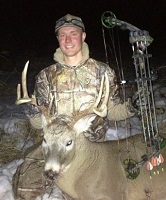 Hey, Guys.
I posted a couple days ago about a hunt I had in Minnesota this past season down in a bottom in hill country. I've always enjoyed reading other people's takeaways from their hunts on this forum in the past as something that has helped me learn about my own hunts, so I thought I would share another story of what I learned from a hunt in North Dakota this past year too.

This North Dakota terrain I hunt is definitely not hill country. Very flat with river running through it. There's narrow strips of timber along the river and then ag fields everywhere. Bedding is predominantly up against the river in areas where the tree canopy is open and ragweed grows to like 10 feet high.

I had a fruitless evening hunt on Oct. 17 out here, but on my way back to the truck that evening I bumped a bunch of does off a neighboring field that was adjacent to the standing corn I hunted near that night. I hate bumping deer like that, but I really think it was a huge benefactor to me two weeks later.

I was dedicating my whole first week of November to driving out to North Dakota and bow hunting ahead of their firearms opener on Nov. 6. I pretty much hunted all day in areas that had been historically good for me in a couple prior years and saw very little activity on Nov. 1 and 2.

My mind kept going back to all those does I had kicked off that field a couple weeks prior. I had hunting access to that area, but the problem was getting there cleanly. Anyone who hunts areas that are predominantly ag country knows how difficult access can be at times.

The easy option was to walk through that open field that was planted in radishes as a cover crop. I would almost assuredly bump a bunch of deer off going in before light.

The second option was to get down on the river bank long before the tree cover starts and walk that steep bank until I got near my tree I had scouted out the prior summer. Then just pop up over the bank and get set up in my saddle. It was a high of 75 degrees on Nov. 3 and the bank of that river was incredibly slippery and muddy that morning. It took a long time, and I was sweated up like crazy after going that route.

At first light, I had a lone doe right on top of me. Then by about 8:30, another doe came out of some thick cover to my south and had this 10-pointer on her tail. She ended up getting downwind of me after going right under the tree I was in.

When the doe stopped and started stomping and wheezing, that buck was 10 yards upwind of me and never got my scent. I like to hunt about 12 feet high because I just like that shot angle better than being really high. I have found I can get away with being that low in a saddle by just hiding behind the trunk. I had to sit in my saddle with my right side up against the tree and the riser of my bow covering my face for nearly 10 minutes as that buck was at 10 yards and the doe blew like crazy.

The doe finally ran out of there, and the buck stayed. He stood completely still for another five minutes or so scanning the area trying to figure out what she had noticed.

He finally let his guard down and turned to go back the same route he came in on. I was able to draw back and find an opening where he would be at a quartering away angle through the trees. I stopped him at 15 yards and put a heavy arrow setup right near his back rib that passed through under his armpit on the back leg, taking out lungs and heart.

I did not grow up bow hunting. I fell in love with it after college and have been obsessed with it now for about 15 years. We did not think about access being important during our firearms seasons in southwestern, MN. You just walked to the stand on opening morning, blew deer out all over and someone would chase them back into you if you just sat it out.

I know the importance of being smart about access is talked about a lot on these forums, but I'm here to just really pound that home again. In my early years of bow hunting, I attacked it with the same mindset I had as a shotgun hunter in my youth. Go to the tree. Sit. Hope something comes by.

It is absolutely amazing how many more big buck encounters a person will have by thinking critically about getting into the tree without blowing an entire area out. Obviously, we're going to bump deer at times, but the early movement I saw on this hunt was another example of how much good access pays off. It's a pain in the but a lot of times, but you never regret it once you're in that tree.

My other big reminder from this hunt was how important it is to really pinpoint where the does are each season during November. I believe in annual patterns in a lot of spots. I have had amazing hunts in the spots I sat on Nov. 1 and 2 in prior years with the same crop along that timber at the same time of year.

That's why it was so hard for me to leave that area this past fall, but I kept thinking about all those does I blew off the adjacent field a couple weeks prior. Having radishes on that field was completely new since I have been hunting in North Dakota, and it's what the does wanted at that time.

Convincing myself to move on from what I had seen in prior years and trusting what I was seeing in this specific season was key. At least for me as a chronic second-guesser of where I should set up, it's hard to move off specific areas that have been great in the past.

Anyways, this post has gotten to be the length of a book. I get a little excited about sharing hunts at this time of year when we're not all out in the woods anymore.

Can't wait to get out scouting here soon.
You do not have the required permissions to view the files attached to this post.

Sounds like a great a great hunt!
Ryan
Top 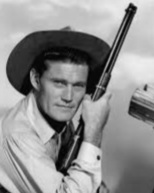 Great post. I had the same stare down situation with my buck i took this year. 5 minutes of trying to hide behind the arrows in my quiver. Nice job.
Top

Good stuff...I personally need to keep things simple with all the gadgets hunting related that flood the market every year. Most successful hunters push the basics, and entry is certainly one of them....congrats on the buck and the reminder.
Yesterdays common sense is no longer common
Top

Nice work! Access is one of the most crucial aspects of the hunt. No doubt about that.
Top 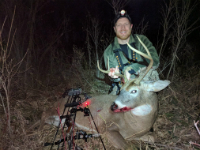 Great reminder for everyone about access. Easy to get lazy when your constantly fighting w your talking head voice. Thanks for the post.
Top

Great post! I enjoyed reading that. I like how you mentioned to focus on does in November also. That has always been a key for me too.
Top
Post Reply
10 posts • Page 1 of 1