To start I will note that I hunt in the pineywoods of East Texas. Thick canopy and relatively flat land make it extremely challenging to key in on beds without boots on the ground scouting. But I feel like I've spent my limited amount of time I've had to hunt this year being too mobile. I've been hunting a national forest with 150,000 acres split into multiple tracts spanning across 100 miles or more. My families lake camp falls in the middle of several large portions of that. This is my first year to really hunt this national forest, as I've been on a lease for the last 12 years. I believe I've gotten too caught up in being mobile, and not spent enough time learning the areas that I'm hunting. I didn't committ enough time to scouting in the off-season and have been relying on in season scouting and just setting up on sign as I find it. I've been doing this, and after my sit I've essentially abandoned the entire tract and relocated to the next. This has left me feeling as I've overall learned nothing other than how to hang a stand quietly and efficiently. (came a long way this season in that aspect). I believe I've overall just been overwhelmed at the amount of acreage available to me and tried to hunt it all. But I'm thinking I need to spend more time keying in on one area in particular, and really spend a lot of time scouting for sign, finding trails, etc. There is one tract in particular that I've been a little partial to, it seems to be more hills than most of the other tracts in the area which has me thinking that after learning more about it, I could potentially be able to narrow down bedding patterns based off of topography. It's a starting point for me for now.

So now that that long rant is over, rifle season in texas opened up November 3rd. While I'm highly partial to bow hunting, Friday I intend to spend the day scouting/still hunting and toting a rifle will greatly increase my chances at being able to capitalize on an opportunity if presented with one. I'm leaving the stand at the camp, bringing a grunt call, rattling antlers, water, a seat cushion, a rifle and my hiking boots. I haven't ever been one to still hunt, but I'm attempting to make the most of my available time, and I desperately need to spend the extra time scouting. My only goal for this season is to have some meat in the freezer by January and to learn. Any insight, tips, opinions on the game plan are welcomed. 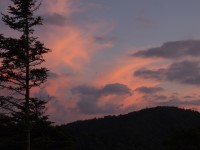 Scouting new ground with a rifle is good livin in my book.
You don't have to be the best, just do your best.
Top
Post Reply
2 posts • Page 1 of 1