With quite a few of you out getting after it! Let's hear how it's going!!

Starts tomorrow for me.

Will report back.
——-
Please give Brandon encouragement on his activities
Top

I was on a roll until the recent snow we got here. I've scouted a little bit in the snow, and found some obvious beds, but I want to be able to see all the fall sign and beds. As a newbie to the beast its easier for me without the snow.
Top

work needs to calm down a bit for me. Added a bunch to my plate which eats up time but increases the area I manage. Lots of public that looks good.

Doing as much cyber scouting I can, printing maps and storing them in my office (truck) so I can grab them and my knee boots and go when I do have the chance.
You have a monkey Mr. Munson?
Top

I've been out a bit scouting this winter. Couldn't scout today, but it would have been a great day, we have snow coming tomorrow so all the deer tracks will be covered. Still have quite a few areas I want to check out before the ice disappears.

Good luck to everyone out scouting this winter.
Top 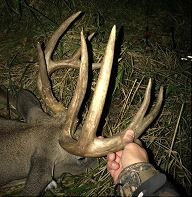 I put on almost 5 miles today with snowshoes on. I am pooped!
Top

Checked a property not far from my usual areas yesterday. Saw a giant the last 2 years pushing does towards the wood lots that border the public. Plenty of tracks in the snow, found one buck bed and plenty of doe beds. Only one kill tree, but will need to hang a camera this summer to determine if they come out of the swamp in daylight or if they are traveling from the managed property to the west. Might be a good property to run a decoy, but not putting too much on it. The tree is directly over a pond, so hopefully thermals will pull in most situations.
Top

Its going great.
I have limited time now but im making use of what i got.
Doing a bit different attack this year.
Im scouting and sticking to about 3 marsh areas and 2 big woods areas. Gonna try too focus on them instead of bouncing around way too much the last two seasons.
I had my chances but just couldnt seal the deal.
Was out on Wednesday and found a great overlooked
( by me of course ) little bedding area pretty close to the parking area. Never realized it was there

Found some great buck beds and an awesome funnel they use to get around a huge creek.

Today i went to another spot ive been trying to figure out and i was getting pretty close. Was in there last month and found some promising sign.
I went to the same are today and found the state thinned it and put wind lanes all through the area. I was like ahh bummer. Its a great thing the state does but i was just starting to learn that place a bit.
Probably wont be real good for anything big for most likely a few seasons.
I did put a camera in a spot where i know they still use but im gonna have to be super careful with it and just let it soak and collect intel.
Ill go in change batteries and memory card. There is some really nice mature buck sign in here to but its really touchy being pretty close too bedding.
https://www.youtube.com/channel/UC4_gcu ... WJMDxQtFpQ
https://m.facebook.com/The-Buck-Psych-362589610885478/
Top 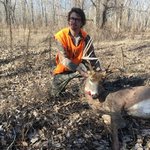 Been scouting quite a bit lately. Confirmed that a bunch of my best spots I encountered bucks this year have bucks bedded in them year round and figured out some better ways to set up for next year.
Found my first public land shed at a fence crossing near a bedding area.
Plan to scout a bunch of other areas yet this winter.
Top

I found a fresh scrape today with a licking branch mid February. Some big tracks in the area. I backtracked them almost a mile away to bedding. I shined a couple big bucks in this area last year but didn’t really know it enough to make a move. I think I found a big piece of the puzzle today.
You do not have the required permissions to view the files attached to this post.
Top

I found a fresh scrape today with a licking branch mid February. Some big tracks in the area. I backtracked them almost a mile away to bedding. I shined a couple big bucks in this area last year but didn’t really know it enough to make a move. I think I found a big piece of the puzzle today.

Got into some thick willows. Bunch of rubs, some winter beds I was hoping for some higher ground to hold more bedding, but didn't find any.

This would be a tough, tough place to set up. About the biggest tree in there is about 4-5 inches in diameter, they're only about 12 feet tall and they're surrounded by 1-2 inchers. Could you imagine what this place would look like in summer?

But this might hold does based on the rubs encircling the edge. Next step is to locate buck beds, hopefully next time I get back there with a little more time.
You do not have the required permissions to view the files attached to this post.
——-
Please give Brandon encouragement on his activities
Top

I was able to get out this weekend to get some scouting in. I’m in hill country so went to quite a few different points that were thick. Every one of them were littered with beds which made me think doe bedding. The beds were all around the point at different elevations. Rubs were in the bedding area but also on the transition to the hardwoods. So I’m not sure if bucks are bedding here also. But for sure found a couple good areas for the rut. Hoping to find some buck bedding in the coming weeks. I’m still struggling with finding them (beginning year 3 of beast hunting in the hills) but gonna keep on getting better at it.
Top 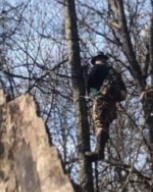 I have found two climbers, unlocked, sitting at base of tree. Season's been over for a month. What the crap is wrong with people these days. The law clearly states all stands must be removed after the hunt. I can't even say how many ladder stands I've found. SMH at the utter laziness of folks these days.
My You Tube Channel: http://www.youtube.com/user/davetoms63
Journal: https://www.thehuntingbeast.com/viewtop ... 91&t=30244
Tethrd Pro Staff
Top 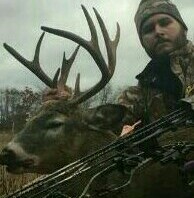 Been doing some scouting so i have an idea for late season bedding for future years. Spot i scouted today is over looked gunna have to be a ground and pound. I saw 2 good bucks shineing that spot this fall ran right into that area. So kinda had me thinking thats there bedding looked really good huge trails lots of beds some big some doe bedding as well. Lots of rub gunna give it a spring scout just to verify but looks good to me.
Top
Post Reply
306 posts